Landing in In Katmandu we are greeted by Jack, Rob’s 28-year-old Nepali/American son and co-owner of Himalayan Roadrunners. Hustled through the bustling airport and chauffeured away like refugees from another world. We’re not in Kansas anymore! 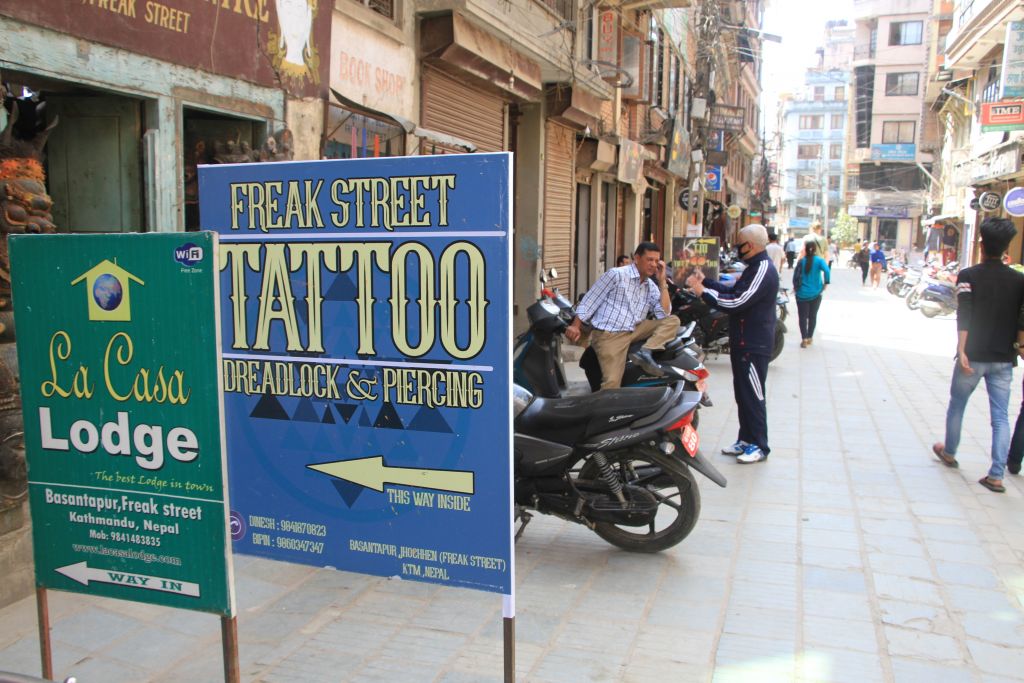 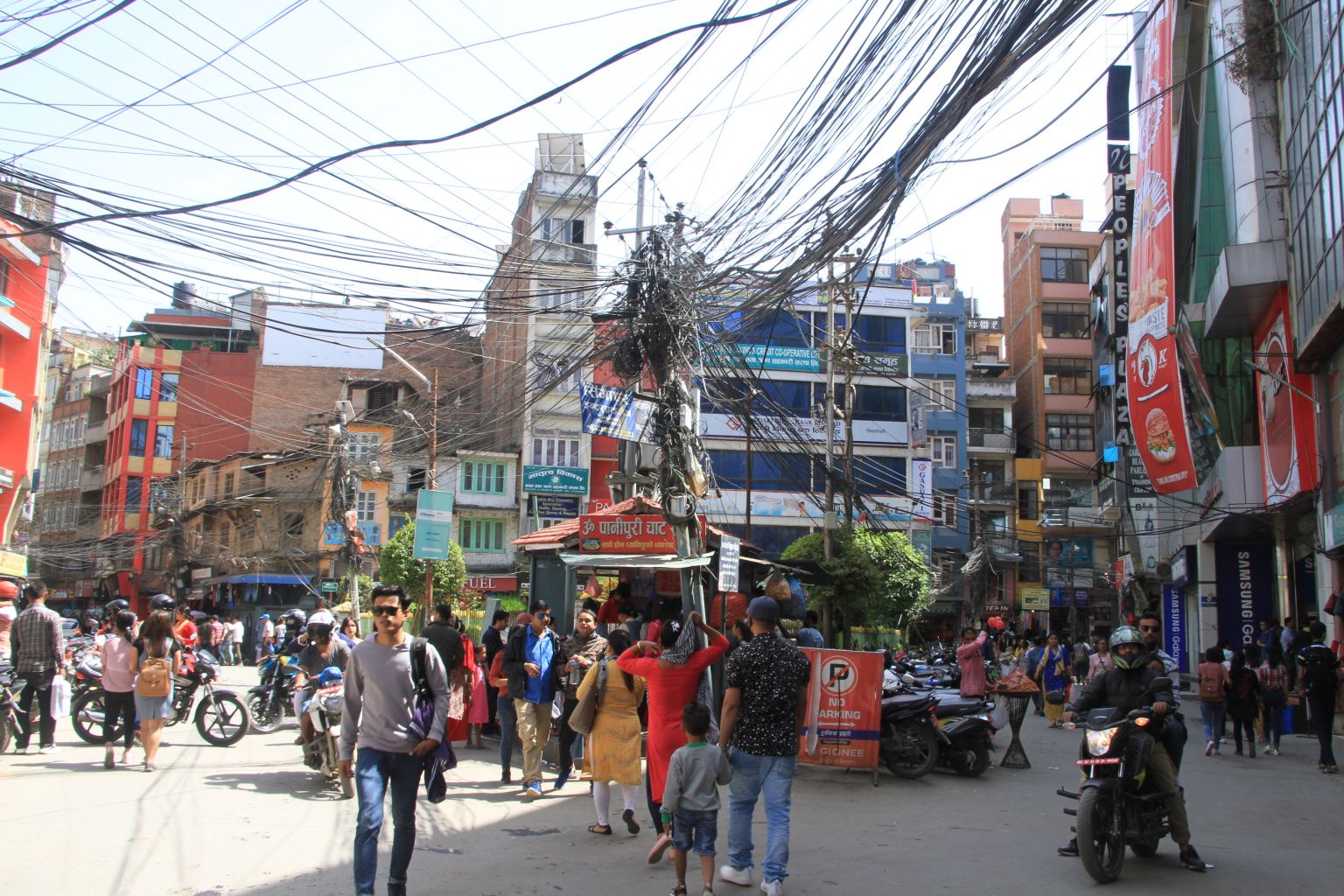 We stop at Old Freak Street, the epicenter during the hippie trail from the early 1960s to late 1970s. During that time hippies from all over the world traveled to Freak Street (Basantapur) in search of legal cannabis. This was hippie nirvana, since marijuana and hashish were legal and sold openly in government-licensed shops. It was here a young Rob Calander came to Kathmandu to trek, in a search for self– and that he found. Rob met a Tibetan woman and a new home. It was here Rob became the very first to offer motorcycle trips through the Himalayas in 1979. But in the mid-seventies the government of Nepal started a round-up of hippies on Freak Street and they were physically deported to India, an action propelled largely by a directive of the Nixon-era US government. Hippie tourism was quickly replaced with trekking…and of course motorcycle adventures in the Himalayas.

Shake vigorously until chaos ensues. Pour into a boiling pot of tourism and serve freely in large doses.

If it wasn’t that the Nepalese people are so incredibly warm, the history and culture so deep, and blend of Hinduism and Buddhism so rich, I don’t know why anyone would come here. It’s a hot mess. The valley air, dense with pollution hangs heavy over the sheer madness that is driving the streets of Kathmandu. Add the political pull between India and China, and the aftermath of a disastrous earthquake. I don’t know how they do it, and they do it with grace and a smile. And I bitch about traffic and smog in Los Angeles. Never again. 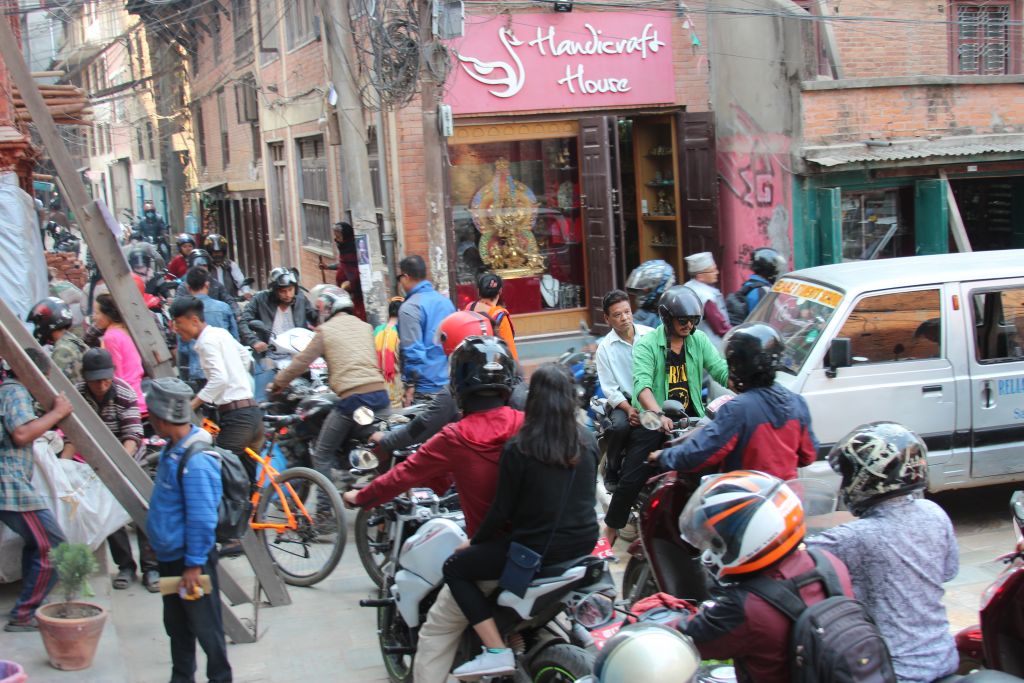 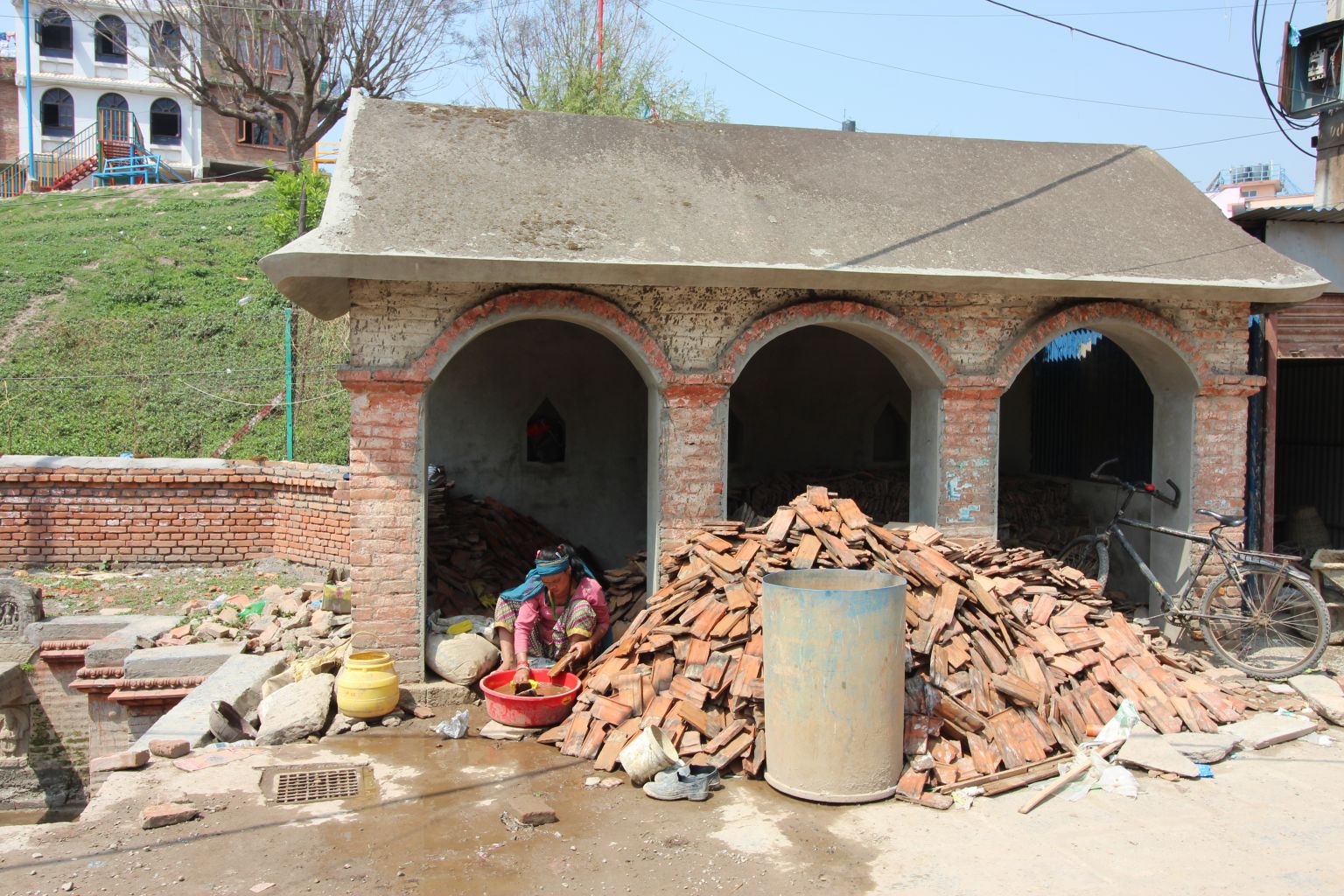 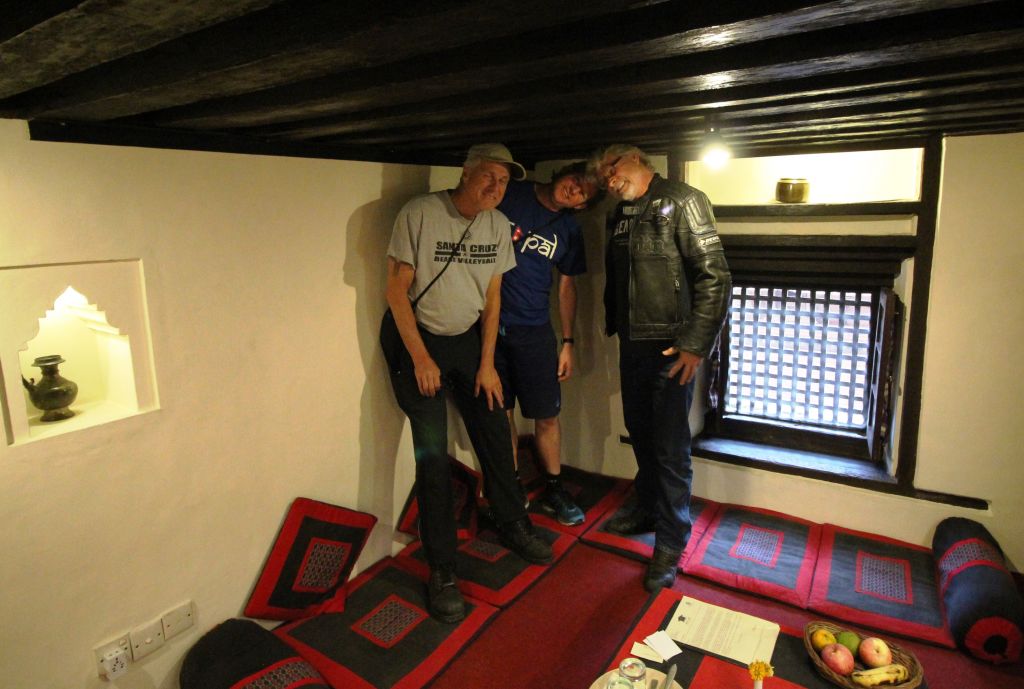 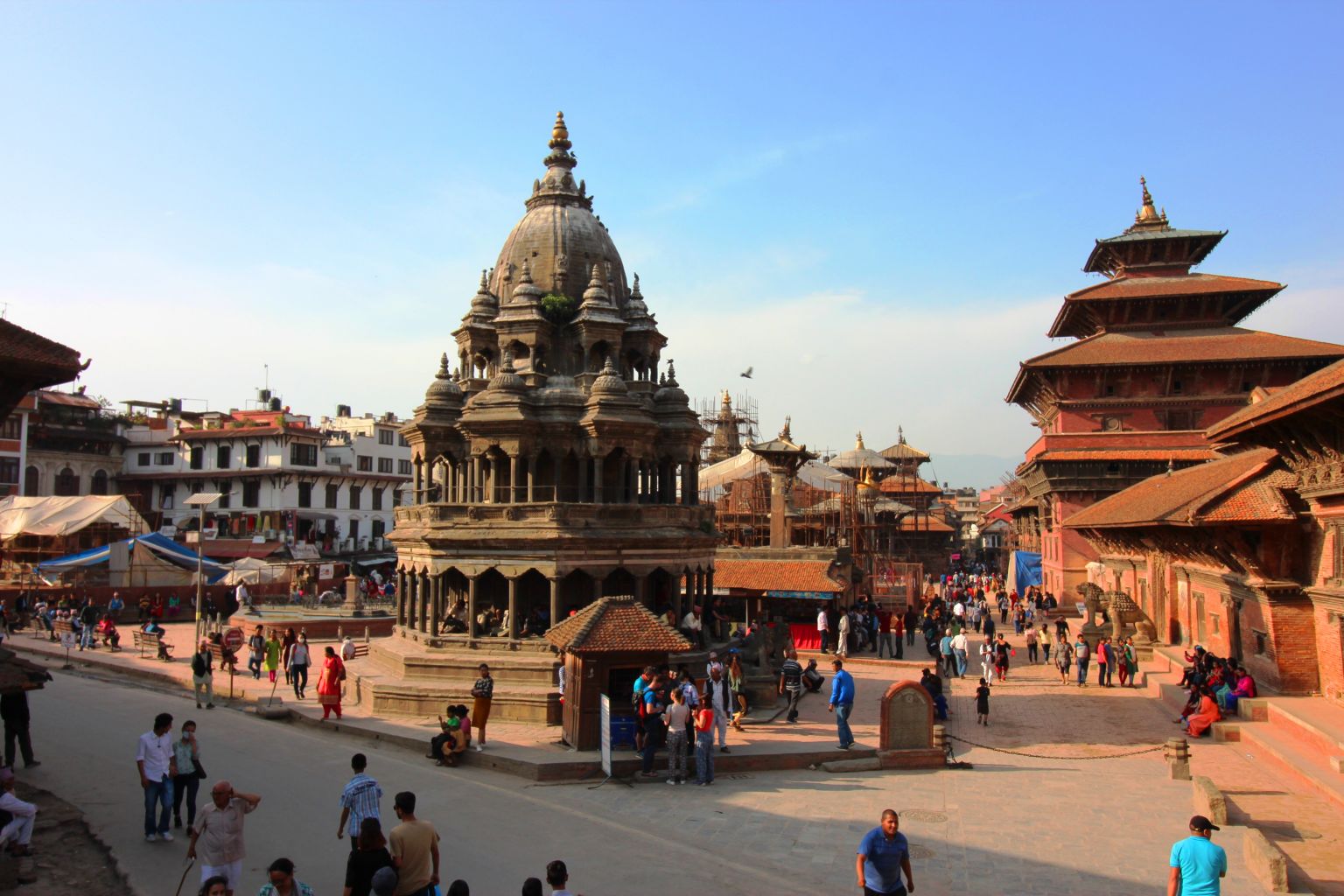 Having said that, we stayed in Patan, one of the three kingdoms of Kathmandu valley: Kathmandu, the big city; Patan, home to the Newars; and Bhaktapur, a consciously preserved medieval tourist destination. All very diverse and special in their own unique ways, but the big difference in Patan is that sixty percent of the population still live in their old houses. The Newars live within the community. In Kathmandu, most have moved out. Passing through the beautifully painted white gate, Patan is woven together with navigable one way streets; it’s cleaner and more dialed down than the chaos of Kathmandu, with very few tourists, it’s a working class city. We were booked at The Newa Chen Hotel, a 350-year-old building that was completely refurbished in 2006 by a UNESCO historical renovation project. The culturally intact house is preserved in all its originality, as if untouched for centuries. For us six-foot-something bikers the five-foot-six-inch wooden beams were a constant threat, but the beauty and architecture was well worth the constant duck walk… Motorcycle helmets suggested.