From Old Tingri, it’s five hours of hard riding on dirt roads but by now dirt roads were the least of my worries, it was the soft sand and streams that concerned me. 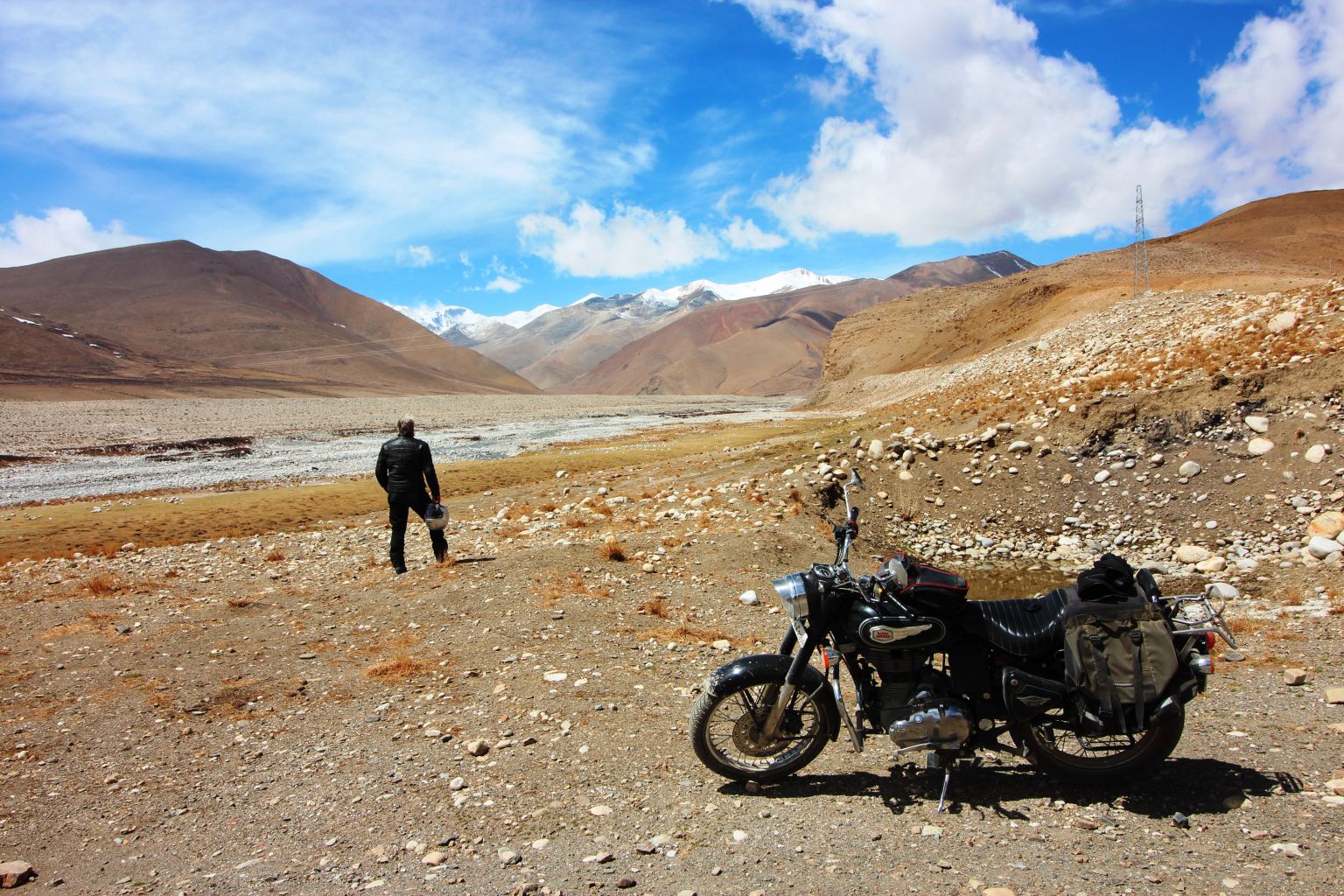 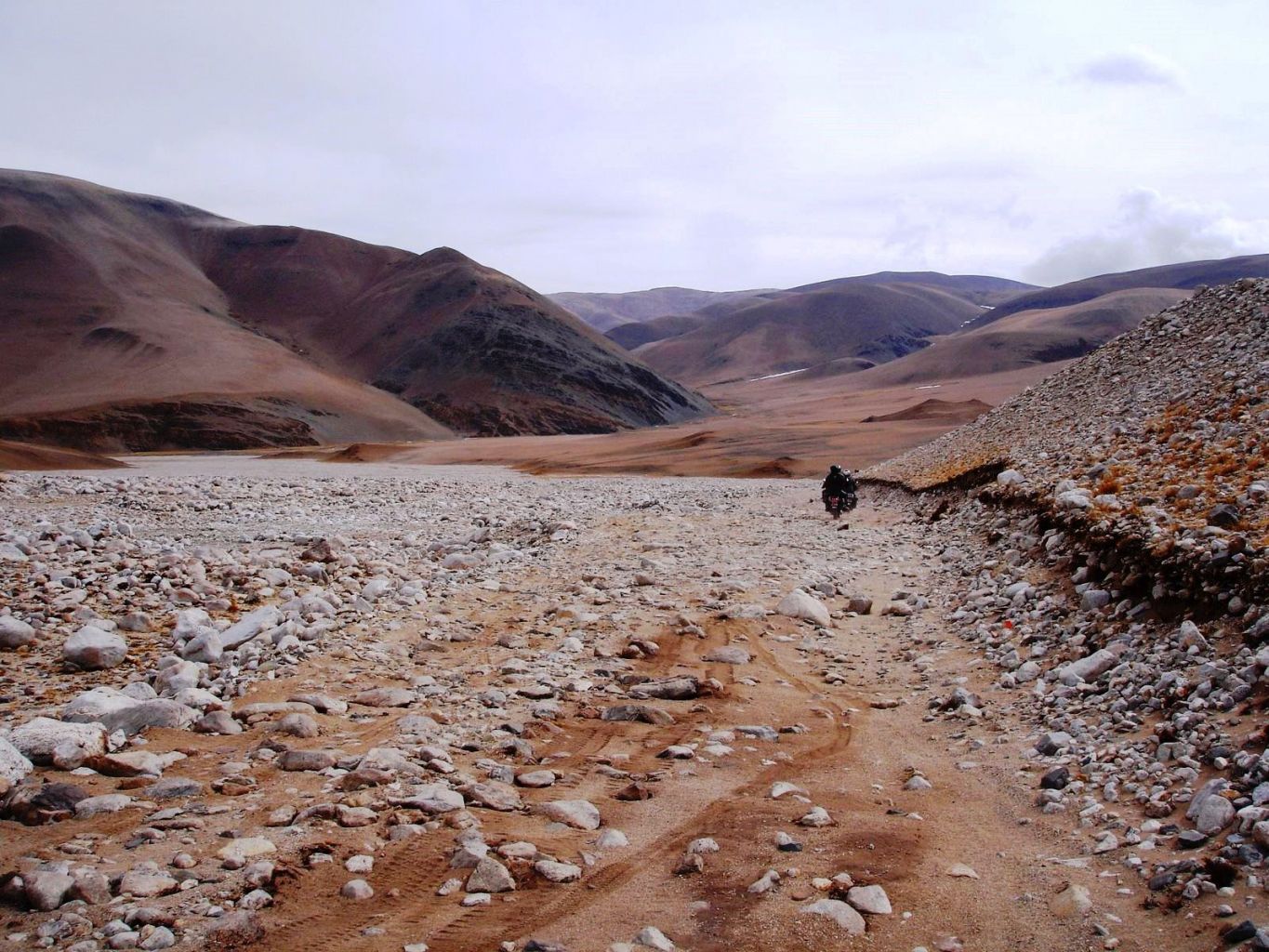 Have you ever ridden through six inches of silt and sand on a street bike, with street tires? I didn’t think so. You need to keep the rear wheel spinning and power through. But when the rear tire starts fishtailing, that means there’s too much power, when the front tire gets squirrely you need more power. When you hit a sandy corner you shift your weight forward and stand on the peg opposite of the corner to keep the motorcycle upright. Remember to do all this as your hearts in yours throat because you’ve just crossed a stream of slippery rocks and there’s a massive sandpit on the other side. This was exactly what the Aussies and Kiwi came here for, the tougher the terrain got the more fun they were having. There weren’t even trails out here we were literally in the middle of nowhere. This was some of the most spectacular, rugged scenery and without Himalayan Roadrunner Jack leading the pack lost is an understatement.

Finally, we hit hard tarmac, the valley opened its arms and behold, there she was, Sagamantha, ‘Mother Goddess of the Earth’ as the Nepali call her, Mt. Chomolanga by the Tibetans, and Mt. Everest by the English. All our trials and tribulations had culminated to this moment. The sky was azure blue as cotton clouds lilted by Mt. Everest’s majestic peak. It was amazing, the excitement was palpable. We had come a long, long way, 5 days, hundreds and hundreds of miles and finally, here we were, standing at the foot of Mount Everest. 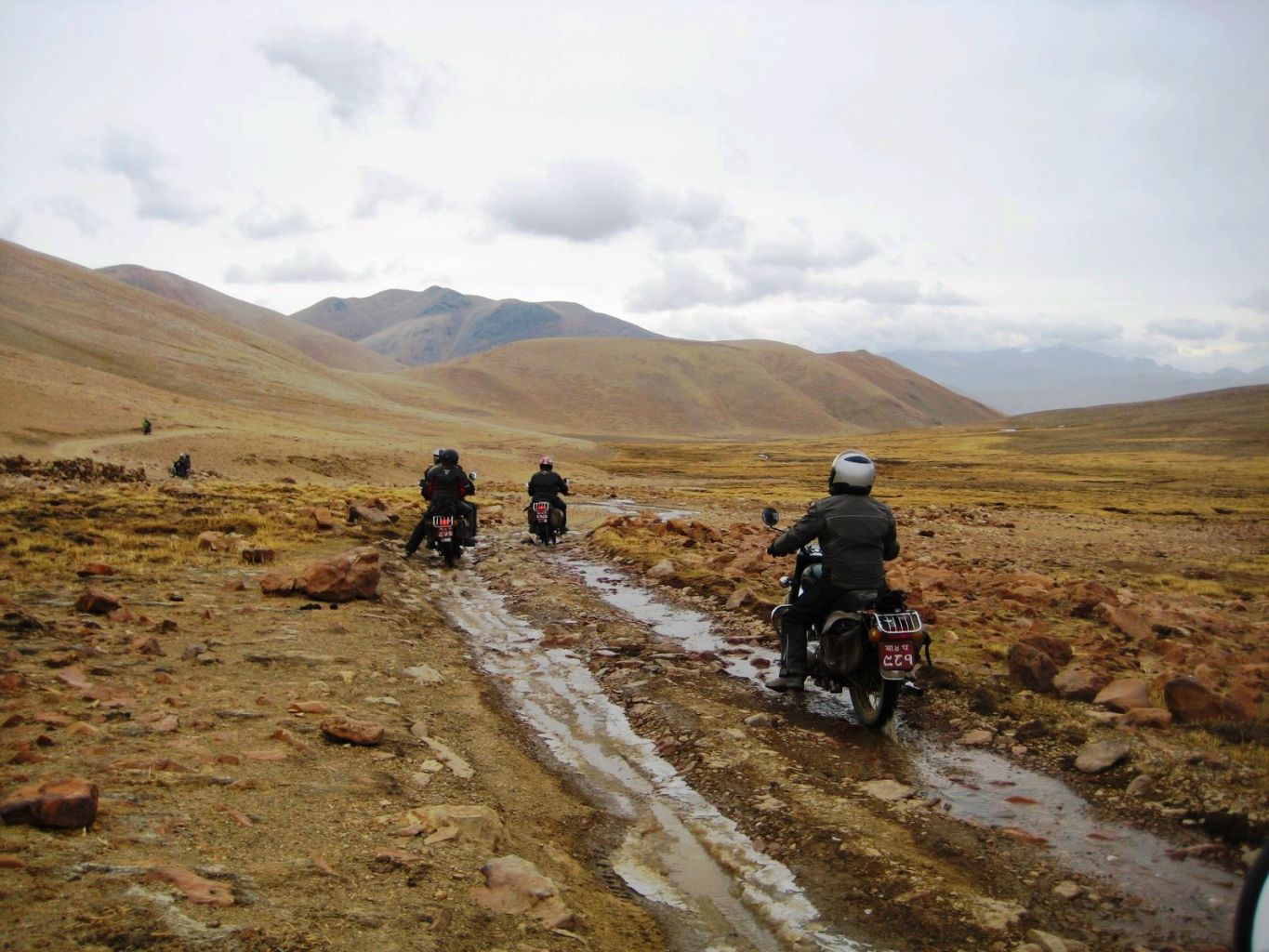 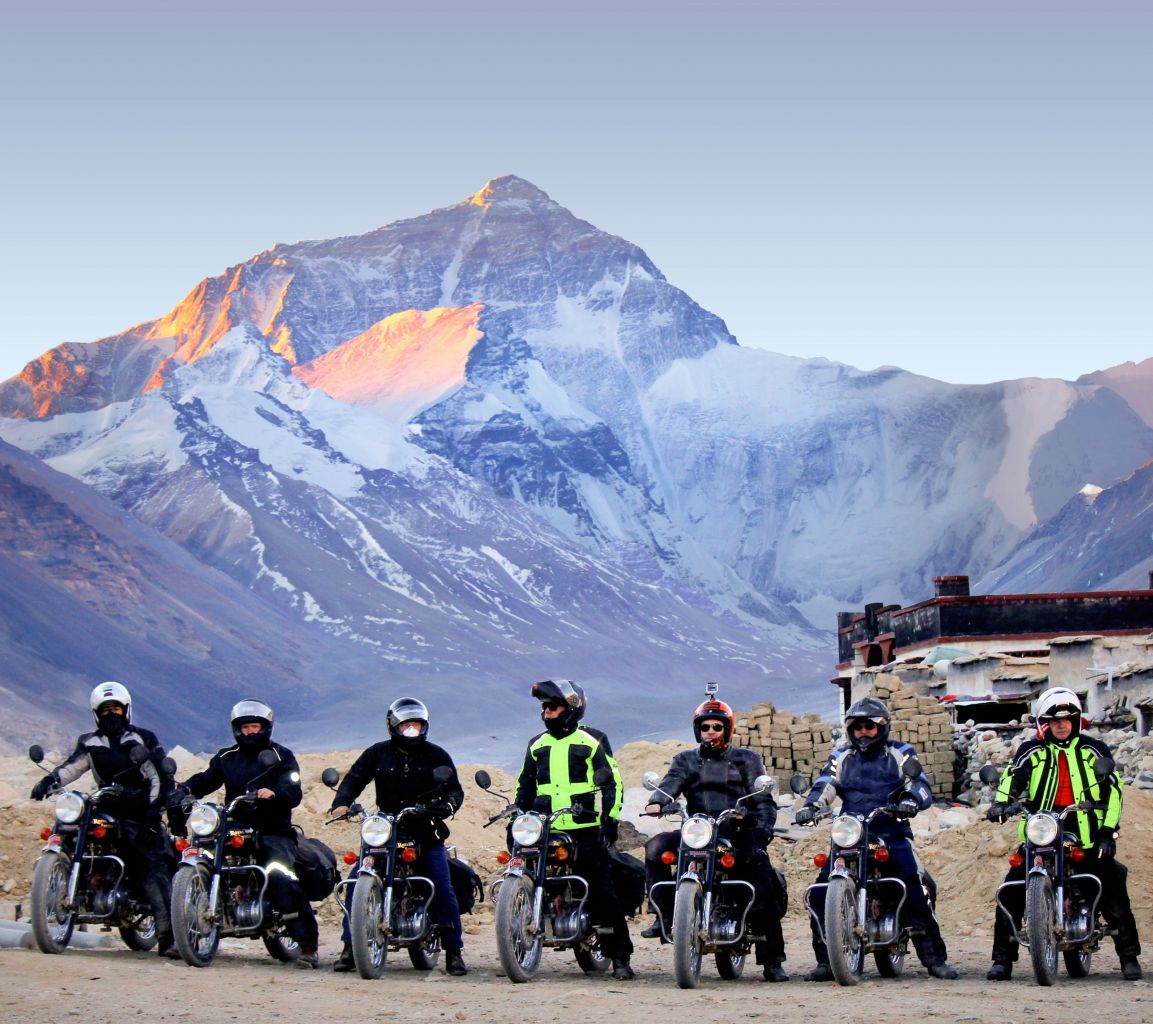 we all mispronounce My everest

Side Note: we are all mispronouncing Mt. Everest. Named after the British Surveyor George Everest in 1856. The correct pronunciation of Georges last name is Eve-(Woman name) and Rest, George Everest’s surname was actually pronounced Eve-rest, with the emphasis on ‘Eve,’ like the woman’s name. But the mountain is almost universally referred to in the English language,

Next Episode – Highest Monastery in the World