The rather easily travelled Friendship Highway was closed in 2015 right after the earthquake. It was the only border passage into and out of Tibet. Boulders the size of houses came raining down on border forever sealing its fate. 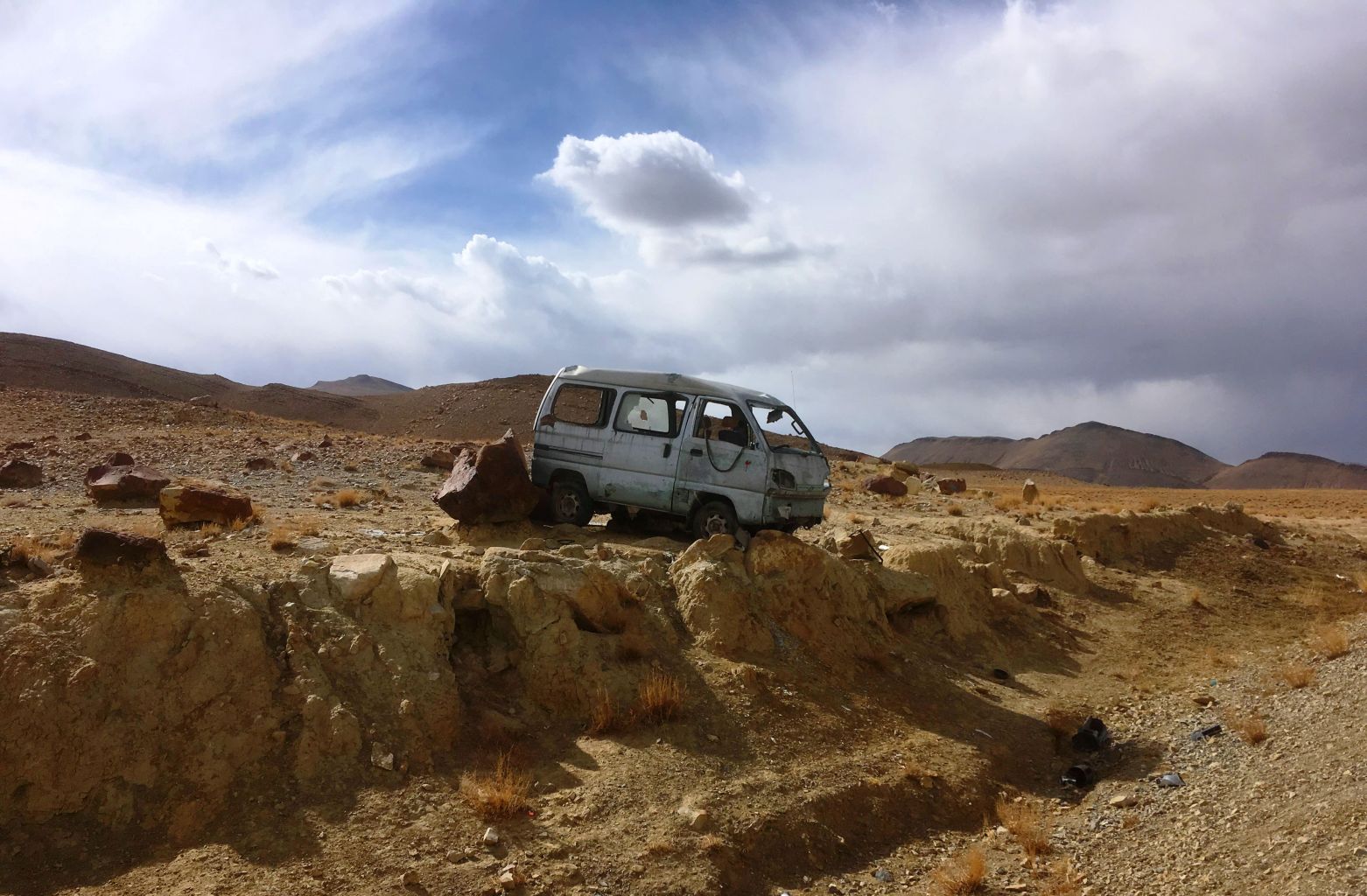 Three years later, an alternate road and border finally opened. This alternate road is, in many places, for many kilometers what amounts to a dry riverbed of rock and soft sand with 1000 foot drops. It’s completely inconceivable that this is the only International trade route from Nepal to Tibet…but it is. Add the massive transport trucks and the prior days riding the incredibly dangerous roads of mad traffic seemed like a walk in the park. I was totally unprepared for this.

You’re only in first gear, feathering the throttle, riding over jagged rocks and down bone jarring dips while being pushed to cliffs edge by massive diesel trucks. It’s here our third man went down. He survived and was back on the Enfield but after 7 hours of the most challenging riding I’ve have ever done had to know why we weren’t riding the fleet of Himalayans, Royal Enfield’s off road motorcycles on this insane terrain. 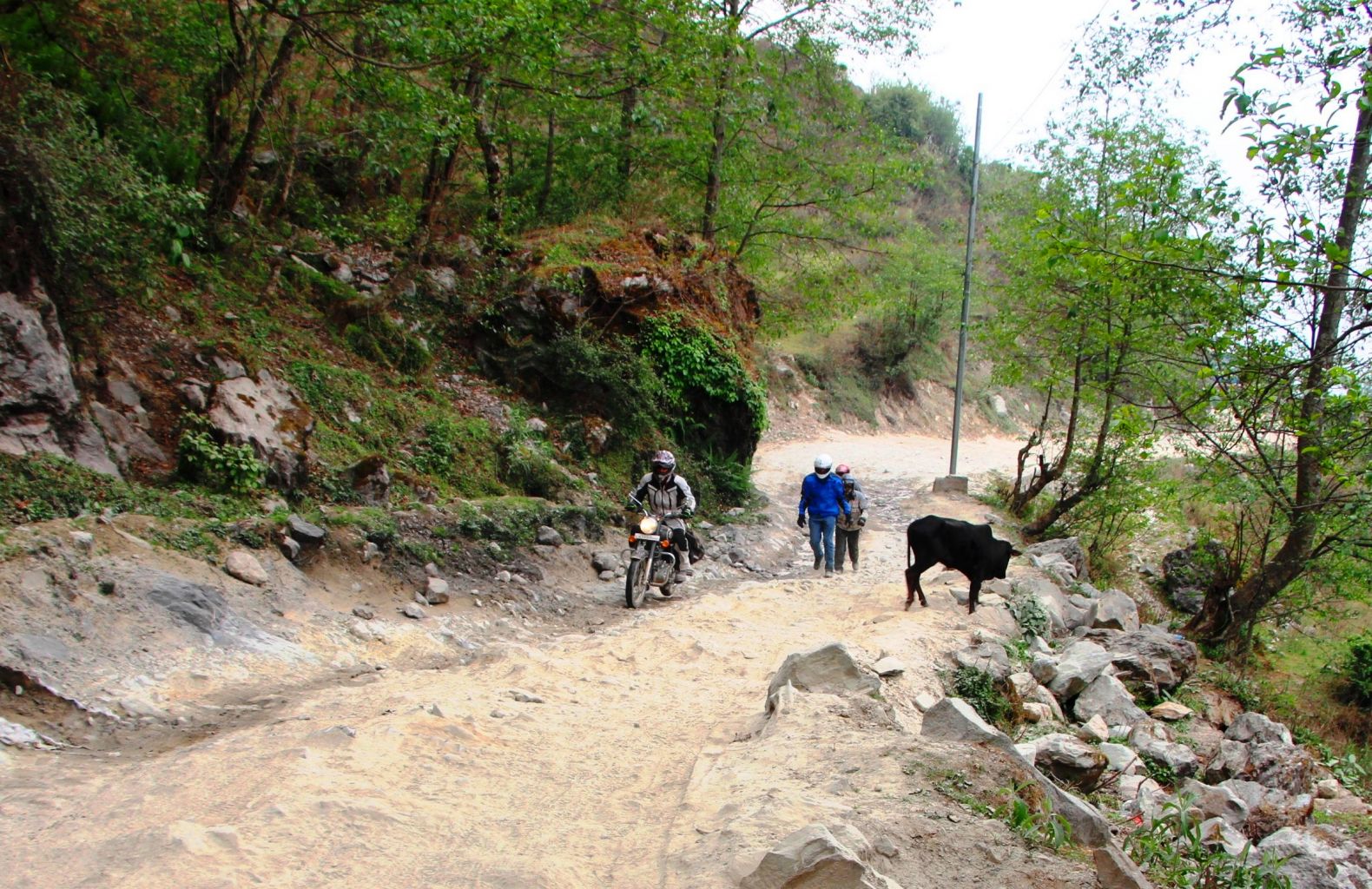 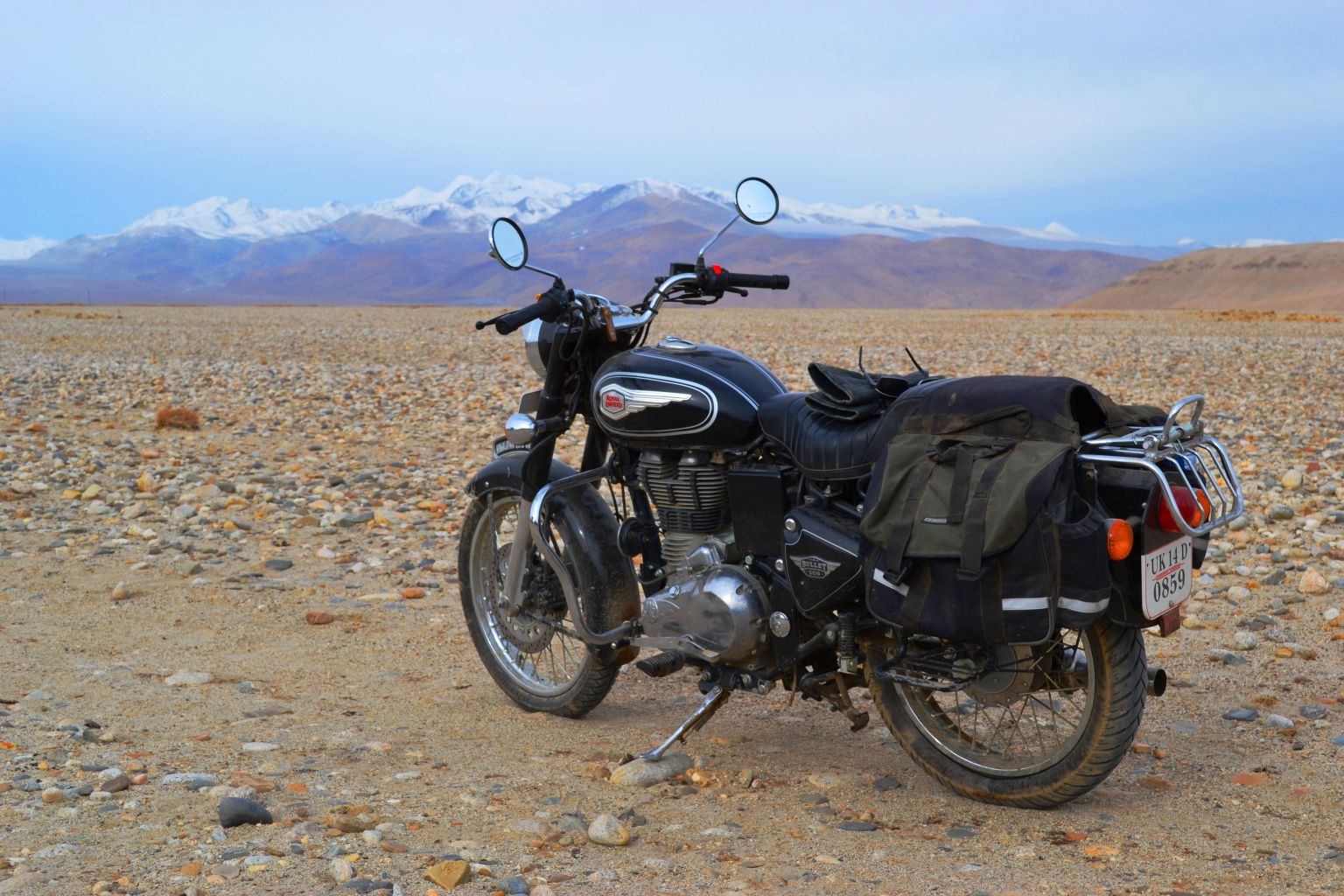 Robs answer was to the point. “This is a 14 day journey. During that time only 6 hours are really hard, difficult riding so it doesn’t make sense.” I happily replied, Thank God, we’re done with our six hours then. Without breaking face Rob blankly replied, No, this accounts for only two.” and walked to attend to important matters.

Next Episode – The Border Is Closed

The Good, The Bad and the Ugly