The Nepali 2075 new year festival, Bisket Jatra is without a doubt is the most boisterous festival in the country and its held right here in Patan. 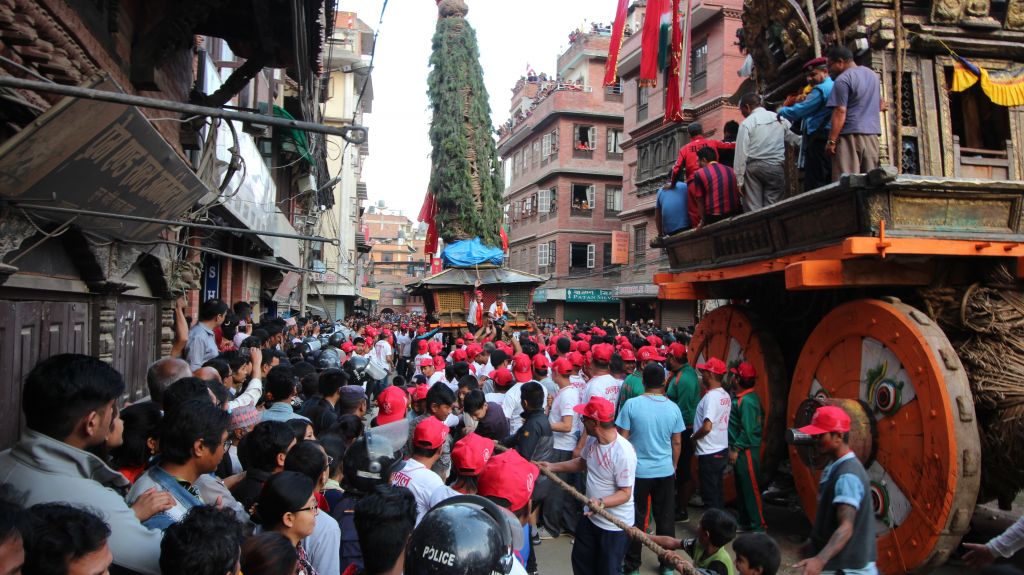 For nine days between April 11th to the 18th 2 massive chariots are pulled with ropes through the streets and alleys of the city. Although it sounds like a festive event the truth is the thousands upon thousands of pullers and participants often ramp the excitement to a fervor and numerous fatalities occur yearly under the wheels of the massive chariots.

running of the bulls

Its like Pampalonas running of the bulls, getting in the path means risking your life. I was lucky enough to buddy up to a phalanx of Nepali police wearing full riot gear. They carried guns with large barrels that turned out to be sounding shots signaling the beginning of the of the chariot pull. 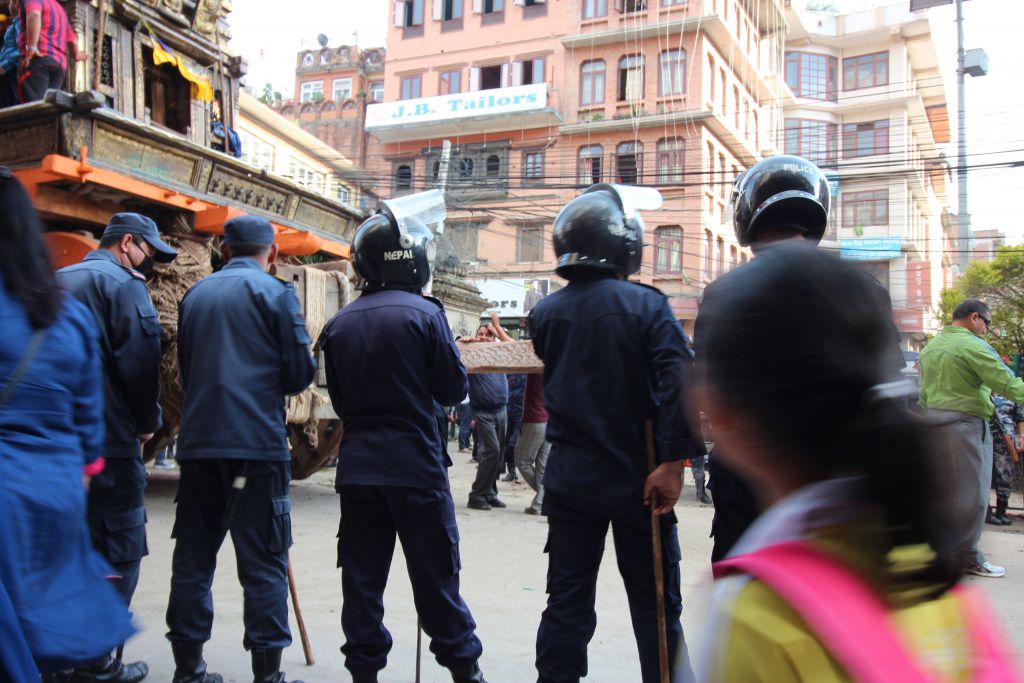 chariots of the gods